CarolinaEast Medical Center, Rodgers, community members, subcontractors and craftworkers joined together to celebrate the topping out of the new Women’s and Children’s Health Pavilion and ED expansion this afternoon in New Bern, NC. The project consists of a new three-story tower including 30,000 square feet of new construction and over 70,000 square feet of renovated space, making it the largest expansion and renovation project in CarolinaEast Medical Center’s 53-year history.

In less than three months since the groundbreaking, workers have placed 155 aggregate piers as deep as 40 feet in the ground, using approximately 1000 tons of stone. Over 600 cubic yards of concrete has been placed in the foundations and slab-on-grade and over 230 tons of steel has been placed. To date, over 18,359 man hours have been safely completed.

“This expansion has been needed and planned for almost a decade. To be at this point – the Topping Out – is an incredible source of pride for CarolinaEast,” said Ray Leggett, President and CEO. “While we still have a long way to go, the foundation and the framework for the future of health care in our region is complete.”

In celebration of the new tower that will benefit the surrounding region, the Flight Surgeon and Corpsman, crew members of the U.S. Navy Blue Angels, came from Naval Air Station Pensacola in Florida to join the festivities as special guests to sign the beam before it was raised into place.

TWC News, May 5, 2016, CarolinaEast celebrates milestone with topping out ceremony 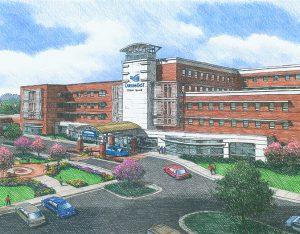 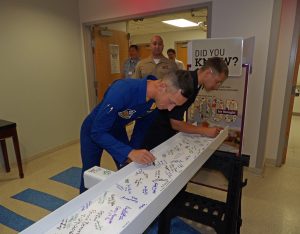 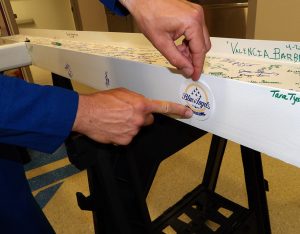 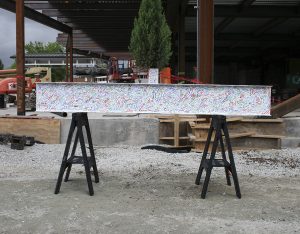 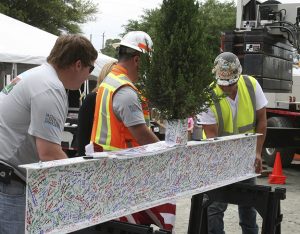 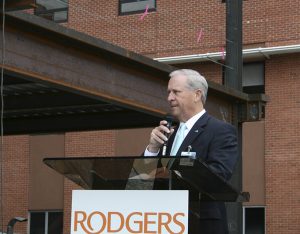 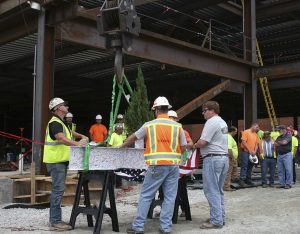 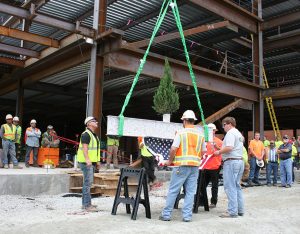 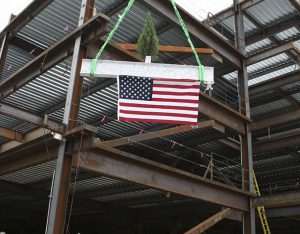 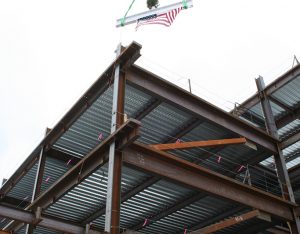 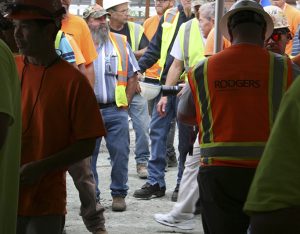 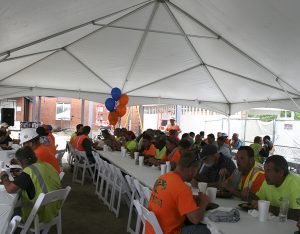 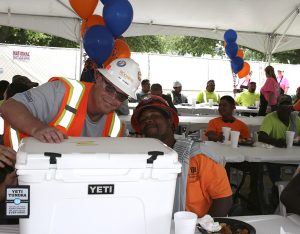